We are glad you have found our website and invite you to learn a bit about our talented, eclectic staff, who always include humor and a sense of adventure in their classes as they use each student’s unique qualities to create a complete dancer.
Welcome,
Katya 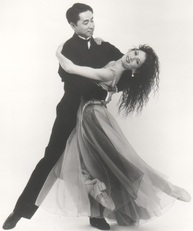 Ms. Surrence began studying ballet at the age of five.  She was lucky enough to have a teacher who was more interested in spreading the love of dance rather than the competitiveness of dance.  This helped shape Katya’s approach to teaching more than anything else.  The proper technique was important, but it was nothing without the joy of movement as well.  This, combined with her own experiences and studies in Kinesiology, has led Katya to her own holistic approach to dance -- to work within the student’s physical limits to expand their abilities and to help them learn to express themselves through movement.   She also believes deeply that dancing is not only for the “naturally gifted” student but that anyone who has the love and the drive can learn to dance.

After adding jazz, tap, voice and acting to her training,  Ms. Surrence performed in A Funny Thing Happened on the Way to the Forum, The King and I and The Merry Widow.  She danced in film, in revue shows in Lake Tahoe, Venezuela, Spain, Japan, Guam, Hawaii, Baltimore and Atlantic City where she started her Adagio team with her partner Ron Curcio.  Katya and Ron went on to dance in The Bahamas, at Foxwood's Casino in Connecticut, on the television show, Star Search and performed “around the world” with SilverSea Cruises where they were privileged to work with producer/choreographer, Walter Painter.

Katya was accepted into the American Ballroom Theatre’s training program and studied the bronze and silver syllabi in the American technique with Pierre Dulaine (Mad Hot Ballroom and Take The Lead) and Yvonne Marceau.  She received her teaching certificate in ballroom and was invited to join the company.  With ABrT she traveled to  Portugal, Africa and Hawaii and performed at the Joyce Theatre in New York City.

Ms. Surrence began teaching at the age of 16 and has continued to teach wherever she performed.  Since 2003 and hanging up her dancing shoes , she has been teaching in NY and NJ.   She recently choreographed a national commercial for DISNEY with four of her students. 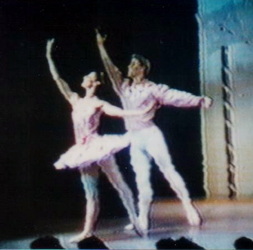 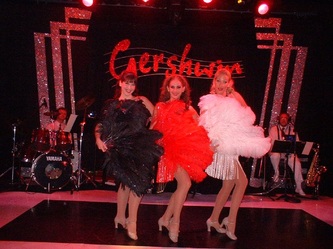 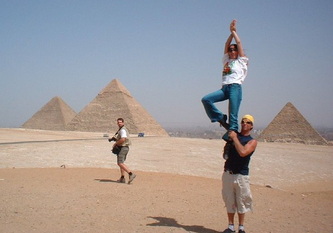 Natalia Narz is delighted to be teaching at Katya's School of Dance. She has a rich dance background, having danced from childhood at the Alabama School of Fine Arts for ballet studying under Dame Sonia Arova and Thor Sutowski.  She also trained extensively with Monica Barnett Smith of Exclusively Ballet, where she was a founding member of the Exclusively Ballet performing company. Natalia has studied/performed with companies such as the Alabama Ballet, Alabama Ballet Theatre, and the Joffrey Ballet School.


Natalia began performing in theatre at an early age. She studied and performed with the Birmingham Children's Theatre, Tom Capps of LA, and UAB. She studied voice and theatre on the university level, and attended the two year Circle in the Square professional musical theatre program in NYC. Natalia has appeared in numerous local and regional theatre and television productions, as well as several national commercials and an independent film. She has worked for such companies as the Utah Shakespearean Festival, Birmingham Summerfest, the University of Alabama Opera Theatre, and Circle in the Square ATP. Natalia also attended Columbia University, where she majored in biological anthropology.

After an injury, Natalia became acquainted with, and subsequently fell in love with Pilates. She received her full Pilates certification (on all apparatus), training under Stott Pilates.

Natalia began teaching dance at the age of 16, and has taught students of all ages in Alabama, Utah and NYC.  She brings a love of the arts, and a joy of teaching to all of her classes.

Jacqueline Briar Baligian is a dance educator/choreographer/producer with over 25 years of experience. Born and raised in Rhode Island, Jacqueline moved to L.A after graduating high school, to attend California State University majoring in Theatre Arts & Dance. From there she was on to NYC where she became a scholarship student at the Broadway Dance Center. While studying at BDC Jacqueline was hired to co-direct the children's dance program. Her students have appeared in commercials, at Disney World , on Broadway, numerous television shows , and as Radio City Music Hall Rockettes. Also a performer, Jacqueline has danced in live industrials for Suave shampoo with the star of Modern Family, Sofia Vergara and Allabouteyes.com . Jacqueline also recently performed on the Rachael Ray Halloween Special with Rachael Ray, Pee Wee Herman, and magicians Penn & Teller and on the Regis and Kelly Show with Kelly Ripa and Nick Lachey.   Currently Jacqueline travels all across the country as a master class teacher, choreographer, and competition judge. Her choreography has won numerous awards and cash prizes. Jacqueline assisted teacher/choreographer, Sheila Barker on a show starring tap legend Savion Glover, entitled “Invitations to a Dancer”. She recently choreographed the opening number, starring Jerry O’Connell for the Rachael Ray show’s first episode  of the 6th season and was thrilled to be asked back to choreograph Rachael Ray’s 1,000th episode with Regis Philbin and Rosie O’Donnell. As a producer, Jacqueline has assisted on dance segments for Good Morning America, the Today Show, the Food Network, and many more. Jacqueline was voted one of the most popular judges/instructors by “Dance Spirit Magazine”. One accomplishment that Jacqueline is especially proud of is the creation of "Dance Dice", a unique game/teaching tool for teachers to use in class with their students. In 2011, Jacqueline made her debut as a Broadway Producer, being one of the producers of Broadway revival of “Godspell.”